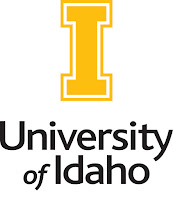 From the University of Idaho website: The University of Idaho Confucius Institute's mission is to further the understanding of Chinese language and culture, to encourage faculty and student exchange, and to foster economic development between the United States and China. In this endeavor, the university is partnering with the South China University of Technology in Guangzhou, China.

From Campus Reform - the truth about the Confucius Institute: Dozens of Chinese "propaganda" centers still operate across the United States, even as U.S. lawmakers debate how to hold the communist country accountable for withholding information about the coronavirus, which originated in China's Wuhan province.

For years, Campus Reform has reported on the number of Confucius Institutes on U.S. college campuses. Funded by the communist regime, these centers are marketed as Chinese language and culture centers. However, U.S. intelligence officials have warned that these centers are little more than "propaganda" arms of the communist country.

Even the former Chinese propaganda minister,  Liu Yushan, wrote in a 2010 article for Chinese-state media, “With regard to key issues that influence our sovereignty and safety, we should actively carry out international propaganda battles against issuers such as Tibet, Xinjiang, Taiwan, human rights and Falun Gong. … We should do well in establishing and operating overseas cultural centers and Confucius Institutes," Politico reported in 2018.

FBI Director Christopher Wray said during a 2018 congressional hearing when asked about Confucius Institutes on college campuses, “The level of naïveté on the part of the academic sector about this creates its own issues. They’re exploiting the very open research and development environment that we have, which we all revere. But they’re taking advantage of it.”

CIA reports obtained by The Washington Free Beacon further revealed, "The [Chinese Communist Party] provides ‘strings-attached' funding to academic institutions and think tanks to deter research that casts it in a negative light. It has used this tactic to reward pro-China viewpoints and coerce Western academic publications and conferences to self-censor. The CCP often denies visas to academics who criticize the regime, encouraging many China scholars to preemptively self-censor so they can maintain access to the country on which their research depends."