Why am I running for the Idaho legislature? 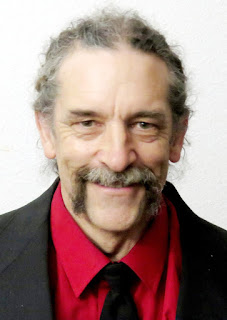 By Hari Heath
Candidate for Idaho House Seat 5A

It IS a citizen legislature when citizens step up and get involved. And many of us have been. We’ve become a movement – a team.  And I am running to join that team of Liberty Conservative legislators to help move Idaho in a positive direction.

Challenges? Yes. But Idaho has great opportunities ahead if we choose wisely and try some promising ideas. There are many Positive things on the horizon for Idaho.

What About Taxes?
Sadly, the Grocery Tax Repeal didn’t make it again this year. Too many of the standard fare politicians needed your money more than you do. Hopefully, in 2021 we can get this done. Property tax relief didn’t do very well this legislative session either. Several versions were floated but nothing substantial passed the legislature.

An interesting idea for complete property tax relief was presented as House Bill 359. It proposes the total elimination of all property tax with a near doubling of the sales tax. The extra sales tax would be directed to counties, cities and local taxing districts. Its Statement of Purpose says, “Arguably, property taxes are a leftover vestige of a feudal system of governing from the Middle Ages wherein lords of manors were required to pay tribute to a king or queen or they risked losing their lands. It is not unreasonable to suggest that we still live under that same system, in that, if you refuse to pay property taxes, you risk losing your property.” Representative Jason Monks sponsored this bill. It also proposes to change the Idaho Constitution to permanently end property taxation.

Wouldn’t we all like to truly own our property? Would this help low income and retired people keep their home as rising property values drive taxes up? If we also repealed the sales tax on food, would we be willing to pay almost double the current sales tax? Exactly how would the extra sales tax be divided between counties and cities and among library, school, water, sewer, fire and other local taxing districts?

For another novel idea, what if sales tax were collected at the county level, with the local portions distributed locally and the state’s portion sent to them by the county, instead of Boise always doling out the dough? Would Boise start to listen better if they weren’t always in charge of the money?

Schools?
Are we all the same? Should schools be? Should our rural industrial culture meet our own standards and not be compelled to state and national compliance? Is it time for a Benewah Charter School? What about the Educational Savings Account and parent-driven educational choices?

The average K-12 Idaho teacher will make $53,000 next year, but at least ten K-12 administrators will make more than either the Governor or the Superintendent of Public Instruction. Is too much going to administrative costs and not enough to teachers?

Should we be liquidating our endowment timber and playing the markets? The promise of better returns for Idaho has been a big loss several times, as Wall Street captured our endowment fund losses. What if standing timber were the principle, with a slush fund, and we let the annual cut fund our schools? Would we be managing our forests better if forest productivity directly funded our schools?

Isn’t it time to get the Idaho Abortion Human Rights Act passed and put a final end to the murder of the innocent and unborn? House Bill 361 didn’t make it this year, but it will be back.

Repeal, Reform and Reduce
With many hundreds of bills each year, and many of them passing, do we need more laws? As a legislator it would be my goal to introduce at least one repeal bill, or a substantial reform bill, for every bill proposing a new law. It’s not just regulations that need to be reduced.

Article 4, Section 20 of the Idaho Constitution says there shall be only 20 departments of the executive branch. But we have hundreds of agencies, commissions and quasi-governmental entities in the Idaho Blue Book. It’s time we review the mandate of Article 4, Section 20. Remember it is you, the taxpayer, who funds many of these excesses of the executive branch. Should you be paying for something that isn’t supposed to be there?

As your legislator, I will work to thin down government and make it responsible to the mandates of the constitution. As a Republican I will work to encourage my fellow Republicans to honor their oath and remember whose business we are attending to.