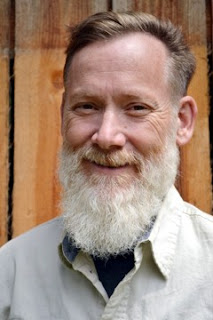 On June 29, 2020, the United States Supreme Court issued its 39th opinion since 1973 in which it yet again affirmed that mothers have a right to kill their preborn children based on the word “liberty” in the 14th amendment to the US Constitution.

Yes, in the original abortion decision of the Supreme Court, Roe v. Wade in 1973, the court declared the federal

constitution protects the liberty of a mother to murder her child even though the context of the 14th amendment was entirely unrelated to abortion and instead established civil rights for black Americans of the southern states in the immediate aftermath of the civil war.

For 47 years now, pro-lifers have put their hopes in electing Republican pro-life presidents who they expect to appoint conservative pro-life justices to the US Supreme Court, who will “overturn” Roe. All the while most conservatives do not realize that the Roe court was dominated by Republican appointees, and when Planned Parenthood v. Casey was decided in 1992, strengthening “abortion rights”, that court was dominated 8-1 by appointees of Republican pro-life presidents, including 6 justices appointed after Roe by Ford, Reagan and H. W. Bush. Yet again though, a majority of those justices affirmed abortion rights. In fact, the only Democrat appointee on the 1992 court, Byron White, opposed abortion as a constitutional right in PP v. Casey and the original Roe decision.

Many “conservative” justices simply do not believe abortion is abhorrent to the constitution, and more significantly, almost all of the justices appointed to federal courts are judicial supremacists. They believe that stare decisis, or precedent, is more important than an original review of an issue against the constitution afresh. That is why Chief Justice John Roberts wrote in this past June’s pro-abortion Supreme Court opinion that “The legal doctrine of stare decisis requires us, absent special circumstances, to treat like cases alike…Therefore Louisiana’s law cannot stand under our precedents. Stare decisis (“to stand by things decided”) is the legal term for fidelity to precedent. It has long been “an established rule to abide by former precedents, where the same points come again in litigation; as well to keep the scale of justice even and steady, and not liable to waver with every new judge’s opinion.”

The way to stop the murders of 28 more children this week in Idaho is NOT to continue to hope that a newly reconstituted Court will suddenly stop being a tyrant after dozens of opinions on the subject. Tyrants that tell the nation that butchering children is constitutional must be opposed, not appeased. The courts have clearly declared over and over again that states may not regulate nor prohibit any abortions before 24 weeks gestation. That is why none of the 21 “pro-life” laws considered by the Idaho legislature over the last 10 years have stopped any of the murders by abortion. The courts won’t allow abortion to end.

But the states have always possessed the lawful authority to outlaw all murder and to defy the courts. Demand that your state legislator outlaw abortion as murder and defy the judicial tyrants. Ending abortion will not come by a national solution but is immediately before us in a state solution of exercising lawful state sovereignty.