Vote for the Constitution Party By James Hartley 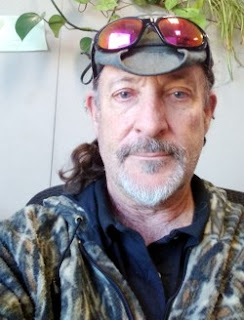 Why should you vote for the Constitution Party candidate over the brand names? Over the Democrats or Republicans? Because at the heart of the matter they are both big government parties. It is completely obvious to the casual observer that Democrats have become the American Communist Party. It is equally obvious that the Republican Party leads toward National Socialism - both parties expanding the size of Government and increasing the debt load on We The People.

The Constitution Party is dedicated to the ideals laid down by our founders in both the Bill of Rights and the Constitution of These United States. We are for representative Government, as guaranteed to all States in the Union by those great documents.

Idaho is at a crossroads. We must choose between Communism, National Socialism, or our Constitutional form of government. Make no mistake - a vote for your local Republican (Caroline Nilsson-Troy) or your local Democrat (Renee Love) is a vote against your rights and freedoms. A vote for me as the only true conservative in the race will be a vote for liberty and our Constitution.

I know that you will be tempted to vote for the R or D brand so let me introduce myself briefly and give you some guarantees.

I am a gun shop owner and software engineer. I have lived all across America and worked in most of America’s major cities. I have personally witnessed the effects of liberal policies. I know what it is like to live where you cannot defend yourself from criminals or corrupt politicians.

I have been in the political fight for freedom since the 80s. I know how the R and D brand game is being used to destroy our freedoms. The Rs and the Ds have no interest in liberty. They are only interested in increasing the power of their party.

I can tell you from experience how lucky you are to be in Idaho. However, I offer you this warning: You are headed for Californication. I personally witnessed how the false Republican/Democrat dichotomy destroyed California, Oregon, and Washington. I see the plan being worked out here in Idaho and in other States like Texas, Arizona, Utah, and Wyoming. It starts with RINOs (Republicans In Name Only). These are Democrats that run as Republicans and are encouraged to do so by the corrupt Republican Party leadership. Once in power, there is little or no difference between them. Nothing about Caroline Nilsson Troy’s voting record distinguishes her from her Democrat opponent. Nothing.

I am the only true conservative in the race for District 5, House Seat B. The future of Idaho depends on your principled choice at the ballot box.