COURAGE IS THE ANTIDOTE TO COVID By Lt. Governor Janice McGeachin 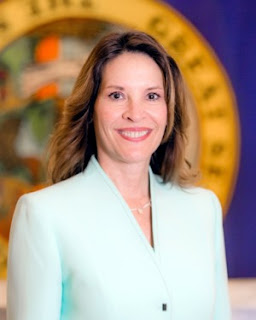 As proudly published in the Benewah republican Newspaper

It has been more than six months since the first COVID-related emergency declaration in Idaho.

Since then, we have witnessed unprecedented government overreach, which has resulted in skyrocketing unemployment, many businesses closing permanently, closed schools, and churchgoers arrested in Moscow for expressing their constitutional right to religious freedom.

The initial justification for this declaration was to “flatten the curve” of infections. Do you remember that phrase? Somewhere along the line, it stopped being about preventing spikes and instead became about some unrealistic goal of preventing anyone from contracting the virus. The lockdown orders, now frowned upon in an enormous reversal by the World Health Organization (WHO), were eventually replaced with a hodgepodge of mask mandates, social distancing directives, and bans on gatherings of various sizes.

Think about that. Tens of thousands of Idaho students are still being kept out of their schools despite the survival rate for young people being 99.997%. As more and more studies show schools are not the incubators of the spread of COVID-19, they still haven’t fully reopened. Adults are sidelined to watch the rates of depression and suicide increasing due to the imposed isolation of our kids.

In an opinion article penned last spring, I stated that all jobs and all Idahoans are essential. I called for the end of the lockdowns, predicted the devastating effects of isolation, and said that we would likely see cases rise, but we will overcome this together- and not at the expense of our economy, our livelihood, and our mental health. Still, it seems that a great many politicians, bureaucrats, and administrators have allowed fear to become their guiding principle rather than respect for the individual liberty and property rights of Idahoans.

Recently, President Trump was diagnosed with coronavirus, and he even spent a couple of days in a medical facility as a precaution. He didn’t respond with fear or panic, though; instead, he encouraged the nation not to allow COVID-19 to become the focal point of our lives. “Don’t be afraid of it,” he said. “Don’t let it dominate. Don’t let it take over your lives. Don’t let that happen.”

In the novel “Dune” written by Frank Herbert, certain characters recite a mantra regarding fear. “I must not fear. Fear is the mind-killer. Fear is the little-death that brings total obliteration. I will face my fear. I will permit it to pass over me and through me. And when it has gone past I will turn the inner eye to see its path. Where the fear has gone there will be nothing. Only I will remain.”

Fear is a powerful enemy, and, in 2020, we have witnessed firsthand how much harm it can cause. It is time to be courageous and return our state to normal. Our kids need to be back in school, playing sports, and enjoying their youth. Our college students need to be back in their classrooms and our football teams back on their fields.

Certainly, we still need to be responsible and take steps as individuals to protect the vulnerable, including the elderly and those who are health compromised. We must also respect the property rights of businesses and individuals. A little common sense goes a long way.

Last month, Nathan Apodaca, from Idaho Falls, went viral after posting a 22-second video on TikTok, which garnered more than 50 million views. In it, he is riding a longboard and sipping Ocean Spray Cran-Raspberry juice while lip syncing to the Fleetwood Mac song Dreams: “Now here you go again. You say you want your freedom. Well, who am I to keep you down? It’s only right that you should play the way you feel it.”

The viral sensation also resulted in a massive spike in streams of the 1977 classic “Dreams,” enough to enter the Rolling Stone Top 100 Songs Chart. I can’t help but believe that the lyrics from this song, along with Nathan’s carefree attitude, helped propel the video to its viral status.

“It’s a time in the world right now where everybody needs a break from everything that’s going on,” Apodaca said. “This video took them to a place where they could watch something and just chill and vibe out.”

The message of freedom and independence has always been part of the American tradition, and this year, we have felt its absence keenly. I know you want your freedom back and I am fully committed to its restoration.

All we need to do is stop being afraid.