Connect the Dots & Brace for Impact... 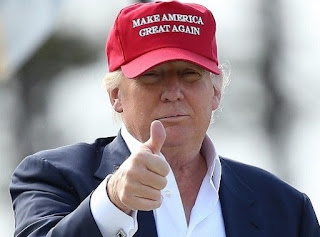 You can ignore reality, but you cannot ignore the consequences of ignoring reality.

If you rely on MSM for your news, you are not being told about what is happening regarding the election.

That mass fraud occurred on behalf of Joe Biden during the election is now self-evident.

That Dominion personnel and machines were used as but one means of this fraud is established.  That American votes were manipulated by bad actors in Europe and China, with assistance by American citizens, is confirmed.  That Dominion machines flipped votes, weighted votes and otherwise manipulated votes is demonstrated fact.

That President Donald Trump is laying the ground to expose it all is plain to see for anyone who chooses to see.

Election Fraud is Treason.  Joe Biden will soon concede or his self-declared status as President-Elect will otherwise come to a shameful end.

President Trump knew his enemies - America's enemies - intended to steal this election since 2018.  He knew the Chinese would be involved.  He knew anti-Americans and Fake Americans would be involved.  As an American Patriot, President Trump knew that if he did not defend the Office of the President, the Constitution, and patriotic Americans, the republic would be lost forever to Leftist tyranny.

In September 2018 the President put in place the Executive Order titled Executive Order on Imposing Certain Sanctions in the Event of Foreign Interference in a United States Election - link is here.

He quietly placed trusted Americans in places of importance.  Then he waited for the enemies of America, both foreign and domestic, to commit their fraud, to execute their plans to steal the election, to commit acts of war and acts of indisputable treason.

The President watched the election results from a SCIF in the Old Executive Office Building - not the White House.  From the SCIF on election night the fraud was confirmed in real-time.

November 4th the President and his team went to work on multiple fronts.  The legal team began their public work in the courts and state legislatures.  The President purged the Pentagon of problematic leadership and installed a former SOCOM Commander as Secretary of Defense.  Secretary Miller elevated SOCOM to equal status with the branches - Army, Navy, Air Force, Marines and ordered that SOCOM no longer report through the chain of command to the Joint Chiefs - but directly to him.

Rumors have been persistent regarding CIA involvement in the fraud as bad actors.  Three facts on this matter:  1) John Brennan was able to rise to Director of CIA under Obama.  Brennan freely admits to having voted for a Communist presidential candidate before he entered CIA.  2) The Pentagon publicly informed CIA that the military would stop supporting CIA missions effective January 5th.  3) Rumors swirl, but the fact is that CIA Director Gina Haspel has been cut from President Trumps briefings since shortly after the election, and has not been seen publicly since.

The legal efforts of the President's team are legitimate attempts to allow the courts and the legislatures of the respective states to do their duty.  Their failure to do so is a Necessary Fail, a matter of optics to demonstrate that the President has sought remedy via every means other than what will likely be constitutionally necessary before January 6th to protect America.  Video of cases of fraudulent ballots being scanned multiple times in Georgia should be weighed by the courts - but in the end it is evidence for the American people.  If you watch only MSM, you probably don't even know about that video.

It is no coincidence that DNI Ratcliffe traveled to the Army-Navy game with President Trump this weekend.  The report of foreign interference in our election as required by the Executive Order on Imposing Certain Sanctions in the Event of Foreign Interference in a United States Election is due this Friday the 18th.

It is no coincidence that a database was leaked this morning of Chinese spies around the world, their identities, and some 52,000 Americans on that list will be explosive as President Trump continues to prepare the ground for what must come.

It is no coincidence that DOJ began releasing confirmation of their investigations into Hunter and James Biden this weekend.  The President-Elect will concede, or he will otherwise come to a shameful, criminally-linked end.

Monday the US Congress will likely receive the certified electors put forth by the states.  This will prove to be one more necessary piece of public corruption for all to see once the hammer falls.

The ending to this story is not yet carved in stone, but the chisels are chipping away.

Do not be surprised when portions of the Insurrection Act are invoked, particularly:

The President, by using the militia or the armed forces, or both, or by any other means, shall take such measures as he considers necessary to suppress, in a State, any insurrection, domestic violence, unlawful combination, or conspiracy, if it—

(1)so hinders the execution of the laws of that State, and of the United States within the State, that any part or class of its people is deprived of a right, privilege, immunity, or protection named in the Constitution and secured by law, and the constituted authorities of that State are unable, fail, or refuse to protect that right, privilege, or immunity, or to give that protection; or

(2)opposes or obstructs the execution of the laws of the United States or impedes the course of justice under those laws.

In any situation covered by clause (1), the State shall be considered to have denied the equal protection of the laws secured by the Constitution.

Do not be surprised when corrupt Americans are arrested for fraud, corruption, and even treason.

Do not be surprised when politicians and bureaucrats across the country are arrested by US Marshals for Deprivation of Rights:

And do not be surprised at the riots and screeching from Lefties, BLM, Antifa and the like when the reality begins to dawn on them that their attempts to execute a coup and color revolution are finished.

And if you are surprised when this happens, because you trust MSM to inform you, shame on you.

President Donald Trump will remain in office through January 20, 2024.